When Victoria was aged 15, she made the switch from athletics to cycling, after one of her coaches suggested her attributes were more suited to the sport.

Having produced some fantastic results, Victoria joined the Girls4Gold scheme, which is a talent search used to find female athletes, with the potential to compete in the Olympics. Following this Victoria was accepted onto the Olympic Development programme for British Cyclists. She progressed and went onto the Academy Programme in 2011.

Barnes was also awarded a bronze medal in the team sprint at the world cup in Guadalajara in Mexico.

Vicky is currently training for the Tokyo Olympics in 2020 after she was involved in a traumatic crash in 2016. She’s back on track and Asgard wish her all the best for her career.

The Asgard cycle shed that Vicky chose for her home was the Police Approved Bike Shed x 3. Our Asgard installation team got to work and had the bike shed built within one hour. Vicky was pleased with the installation service that Asgard offered and advised us that she’d use this service again if she every upgraded to a larger shed. 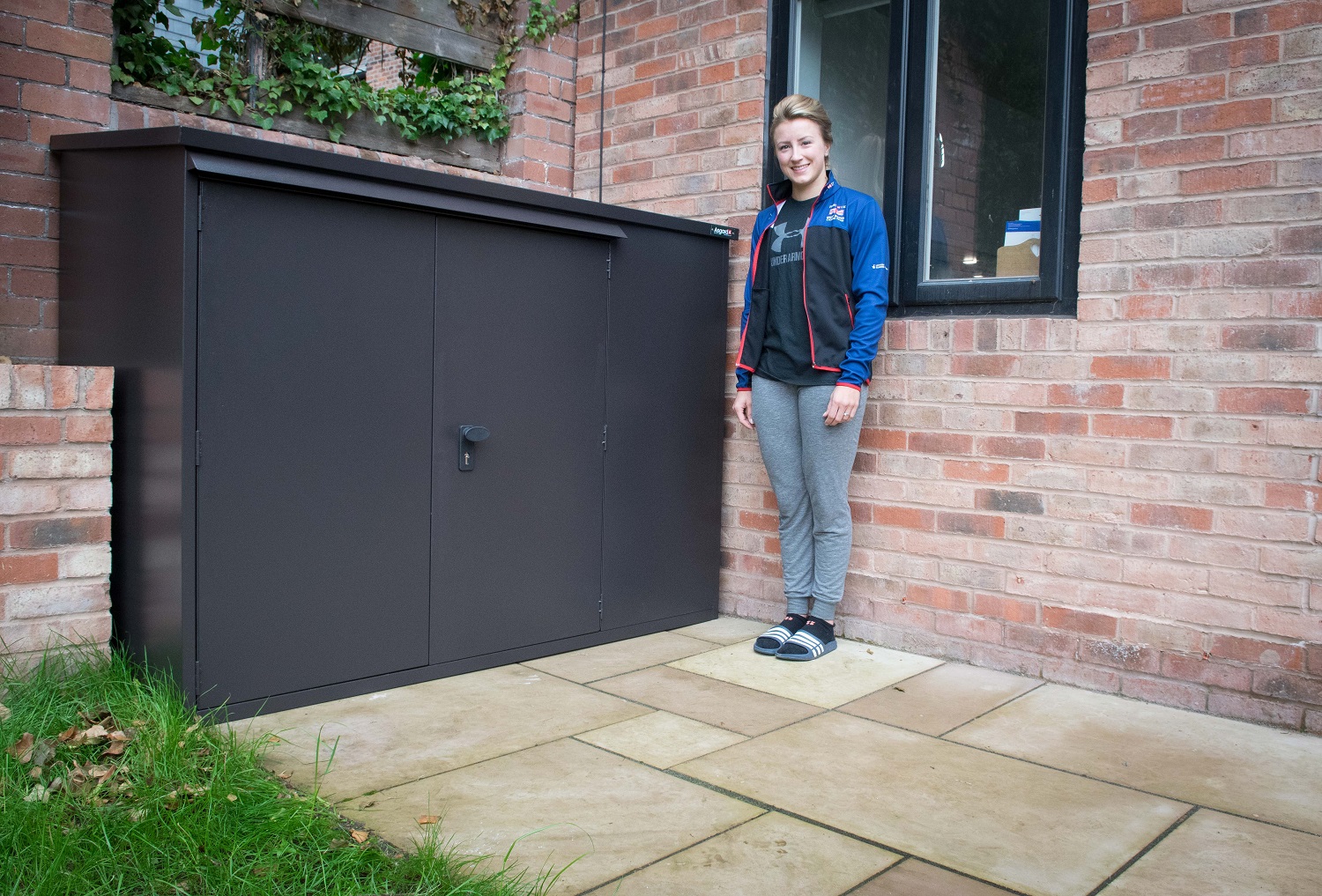