"More motorbikes are stolen in the UK than are bought new"

A section from http://www.shedforce.co.uk blog site. Click for the full motorcycle theft article.
"Motorbikes are becoming an increasingly popular method of transport in the UK, with new bike prices ranging from £1,000 to £20,000 dependent on the make of the bike. Surprisingly though, most bikes irrespective of price are not fitted with additional security measures as standard.
A recent survey by the National Crime Intelligence Service (NCIS) based on the latest police figures on vehicle crime and performance bikes (500cc and above) has revealed some shocking statistics. More motorbikes are stolen in the UK than are bought new, and it takes on average 20 seconds to steal a motorcycle worth £10,000. The survey is also the first to reveal some of the UK's danger spots for motorcycle crime, and as such has been distributed to police forces around the country.
"£3 million worth of motorbikes from UK streets every month".
The report has shown that the theft of motorbikes in the UK has allowed criminal groups to steal £3 million worth of motorbikes from UK streets every month. Thefts are primarily undertaken to sell parts on the black market, although joyriding is also cited as a main cause." 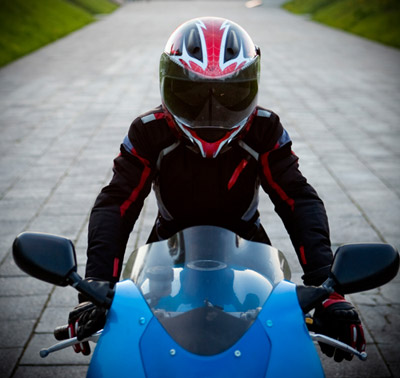 The report is part of Project Contrail, which targets the organised theft of high-powered motorcycles and is seen by many as a prelude to new bikes being registered as a legal requirement (similar to the car register requirement issued by the Home Office). Other results show the thefts are undertaken by a dozen well known, highly organised gangs.
Keep your motorbike protected in an Asgard metal garage.