Helen Scott is an abled-bodied tandem cyclist, who since 2011 has acted as pilot for Paralympic athletes. She joined the team GB Cycling Team in 2010, as a pilot for Aileen McGlynn, achieving success straight away by winning silver and bronze at her first Paralympic Games in London 2012. Helen then teamed up with Sophie Thornhill, who she won Paralympic gold, two world titles, and two Commonwealth titles with.

Helen Scott was awarded an MBE by Her Majesty the Queen, for her services to British cycling.

Training at the Manchester Velodrome, Helen cycles there every training day from her home, which is roughly nine miles away. Because bikes are obviously very important to Helen’s daily routine, she needed somewhere safe to store them outside, in a safe and secure manner. This is when she learnt from fellow Great Britain cycling team member, Elinor Barker about Asgard’s highly secure metal outdoor storage sheds for bikes.

The shed of choice for Helen’s yard space was the Police Approved Bike Storage x 3 metal shed. Secure enough to prevent break-ins, as well as being weatherproof, Helen could fit up to three of her bikes inside. This means she's rest assured that her much loved bikes are safe in their metal outdoor storage shed. 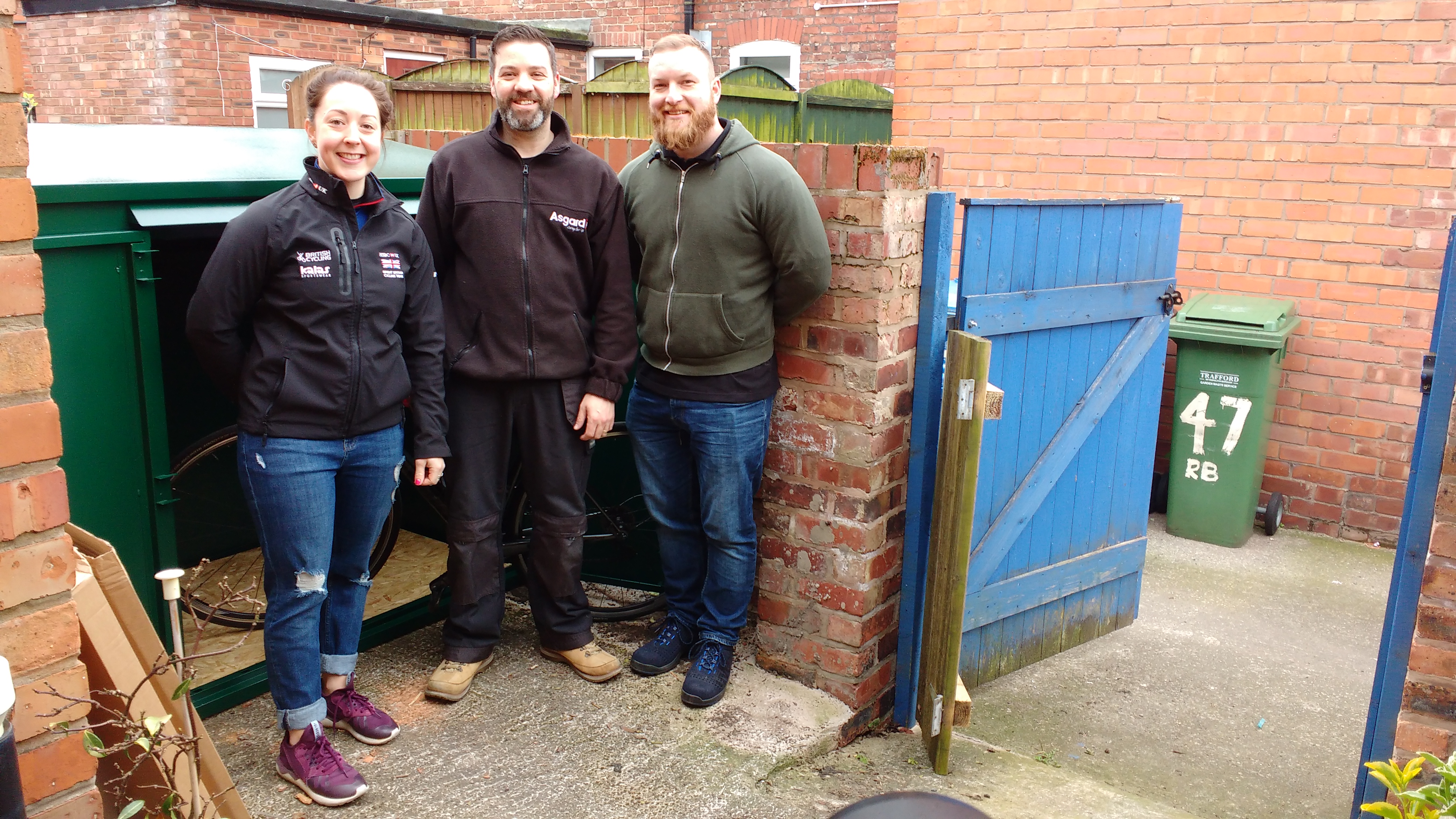