Jason Kenny is a product of British Cycling’s, Rider Route. At the age of 17, in 2005, Kenny had won his first National Track Cycling Championships, in the team sprint.

Once Jason had gained more experience at senior level, Kenny found himself in contention for a place at the 2008 Olympic Games, and by the time Beijing 2008 came around Jason had won the contest for a place. During qualifying Jason Kenny set a world record with Jamie Staff and Chris Hoy for the team sprint and went on to beat France, winning Olympic gold. Jason’s lone performance in the individual sprint was just as extraordinary, as he qualified as second fastest, just behind Sir Chris Hoy, who denied him another gold medal.

At Jason’s home that he shares with his cyclist wife, Laura Kenny, a place to store both bikes and gardening equipment. Our installation engineers erected a 5x3 Vangard with 2-point locking in the couple’s garden. The garden storage unit, coloured in an ivory finish, was instantly put into use as and filled with garden furniture the couple wanted to store safely and securely. Made from weatherproof, galvanised steel the 5x3 Vangard was the ideal choice for Jason and Laura to keep their garden furniture protected from the elements when not in use. 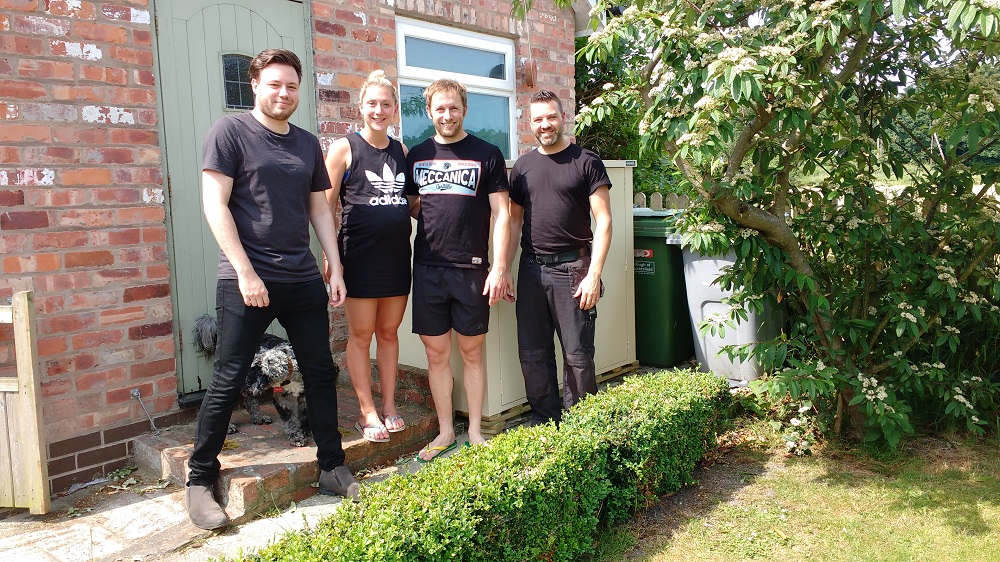