Asgard are proud to have supplied Olympic Gold Medalist, Elinor Barker with a secure Asgard shed to store her bikes in.

Having recently met up with Elinor about a new high security shed installation for her bike, we wanted to wish her the best of luck in next year’s Commonwealth Games, hosted in Australia.

To celebrate her achievements in cycling, we’ve created this infographic, looking at the Welsh cyclist's career. 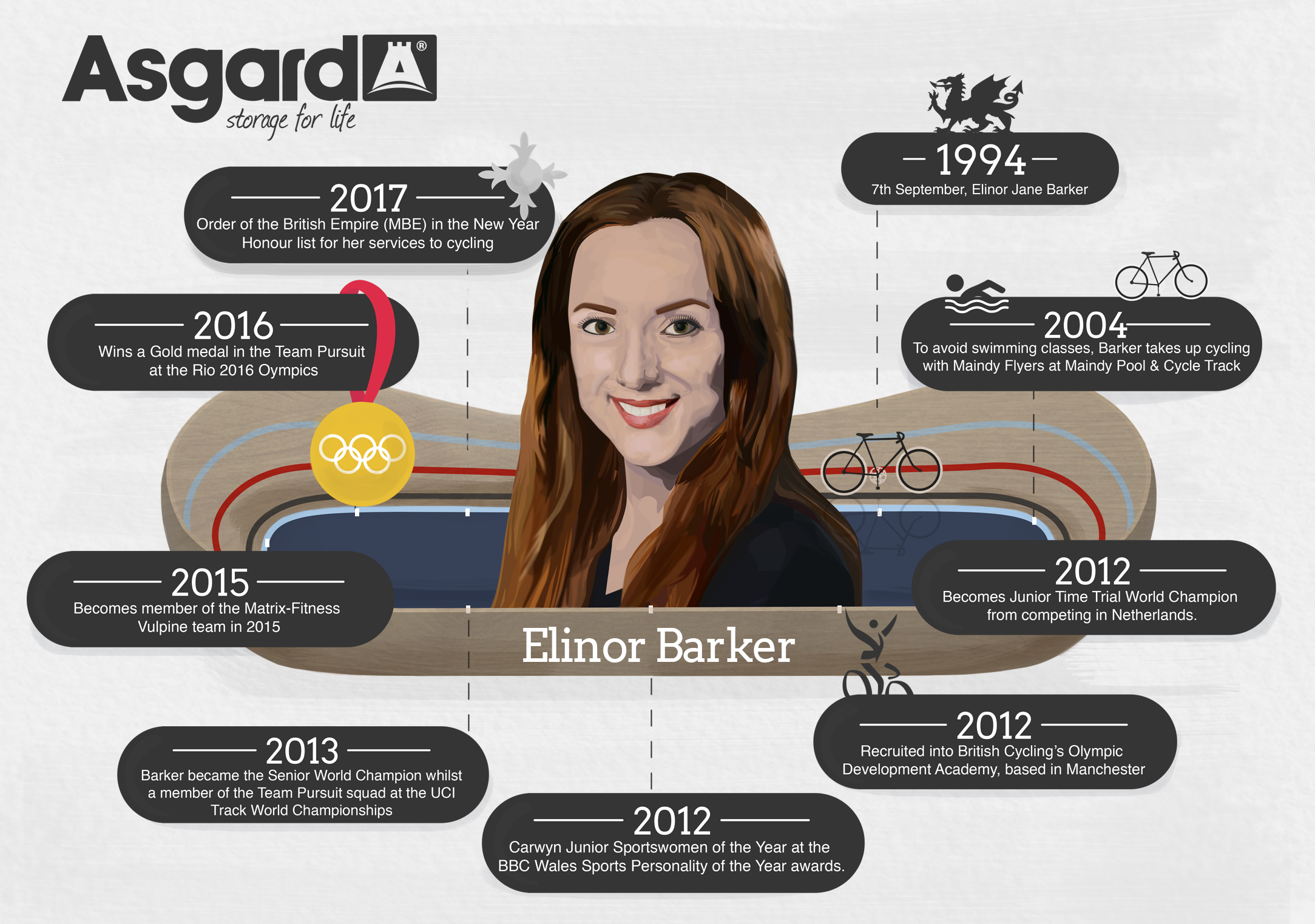