Josh Quigley Gets An Asgard Shed 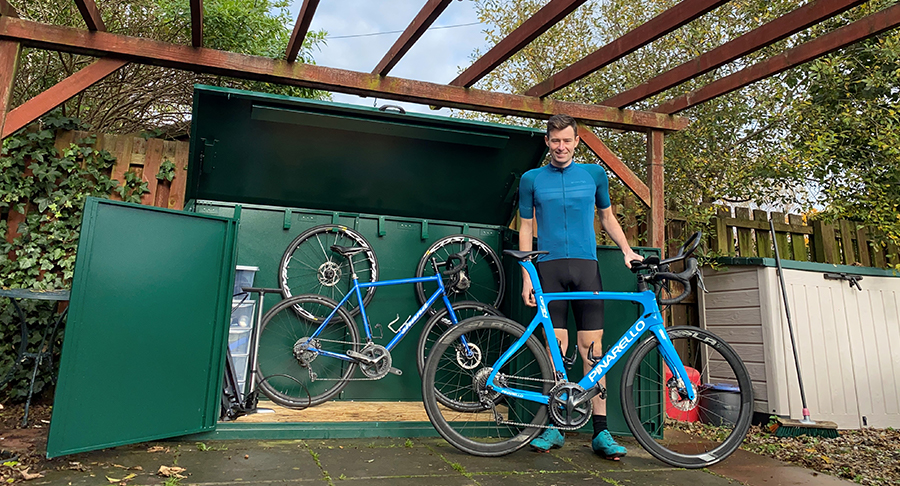 Josh Quigley Gets An Asgard Shed

Round the world cyclist, Josh Quigley, is the proud owner of an Asgard Shed. Last year, Josh had to suspend his attempt to cycle around the world due to being a victim of bike theft in London. We can understand the devastation he felt, knowing how important a bike can be to a cyclist.

With security in mind to prevent this from happening again, Josh approached Asgard for advice and tips on all things bike security - Asgard suggested the Access Bike Shed to securely store away his bikes after also taking into consideration Josh’s storage needs and the space he had available for the shed. This particular bike shed is compact and features a secure, 3 point locking system with deadbolts and padlocks, and can store up to 4 bikes so it was the perfect fit!

“I absolutely love my bike shed and it’s great to have such a secure place to keep all my bikes. I have had a precious bike stolen in the past so I know the feeling of losing a bike and how important it is to have it locked securely. I also love the space I have now... I think my family is also very happy that my bikes and equipment don’t take up half our conservatory...” - Josh Quigley.

Who is Josh Quigley?

Josh is a cyclist from Livingston, and will soon be attempting his 7th ‘round the world’ 18,000 mile cycle with a view to setting a new world record. During his 6th attempt back in April 2019, Josh had his bike stolen in London which postponed his attempt. When Josh began the attempt again, horror struck in December 2019, when he was hit by a vehicle in Texas and suffered a broken heel, ankle, 10 broken ribs, a punctured lung, and a fractured pelvis and skull. Josh was 16,000 miles into his adventure, with only 2,000 miles left to complete the journey. However, Josh was remarkably back on his bike just 11 weeks later.

Due to Covid-19, Josh had to postpone his 7th ‘round the world 18,000 mile’ cycle attempt but that didn’t stop him from attempting new world records! In September 2020, Josh decided to beat the current record set for the 516 mile route across the Highlands. He succeeded and took 31 hours 19 minutes and 8 seconds to ride the 516 mile route across the Highlands - over 4 minutes faster than the previous record! We’re wishing Josh all the best during his next around the world attempt!

*Depending on make and model of bike.