Future of Cycling in London

The Future of Cycling in London

The future of British cycling is a hot topic of debate at the moment, as more pressure is being placed on the Government and local councils. The cycle to work scheme has been regarded as a general nationwide success with more daily commuters cycling into work. But a new problem has arisen, cycle safety, and there’s no shortage of points to argue over.

An age old battle about the lack of insurance held by cyclists is a continuous war raging between cyclists and motorists, and it is this amongst the ‘nuisance’ label of road cyclists that has led to many incidents all over the UK. Helmet cams are now capturing everything from cyclists ignoring road safety laws, to drivers chasing down and even hitting cyclists. But what is being done to make the road cycling environment safer for both cyclists and motorists?

Earlier this week we learned of new road proposals of so called ‘Quietways’ around London. Segregated cycle ways are being hailed as a step in the right direction, offering a major leap in road cycling safety. The adaptation for some crossings and routes are set to begin by 2016, with a total number of 33 junctions being transformed. Junctions are statistically the most dangerous place for cyclists commuting around the city, and it’s these increasing numbers that has forced a hand in the change. With traffic light systems allowing time for cyclists to cross, it is easy to see of the major benefits this new system will have for cyclists.

Despite the changes, like cars on the road, they will only be as safe as the driver, or in the case of bicycles, the cyclist. You may have also heard about the 2 cycle superhighways that are being proposed, one of which includes an 18 mile stretch which is already being dubbed as the ‘Crossrail for Bikes’. The ‘Crossrail for Bikes’ was initially announced as the centrepiece of Johnsons’ £913m Cycling Vision all the way back in March 2013.

The Cycle Superhighway is the result of endless debates that also saw a staggering 10,000 London city commuters take to the streets protesting and comparing our dangerous British attitude towards cycling compared to how they do it in Holland.

The new cycling plans are set to include the vast majority of London boroughs’ with an aim to help everyone commute quicker, safer and with ease. So how will all this look? 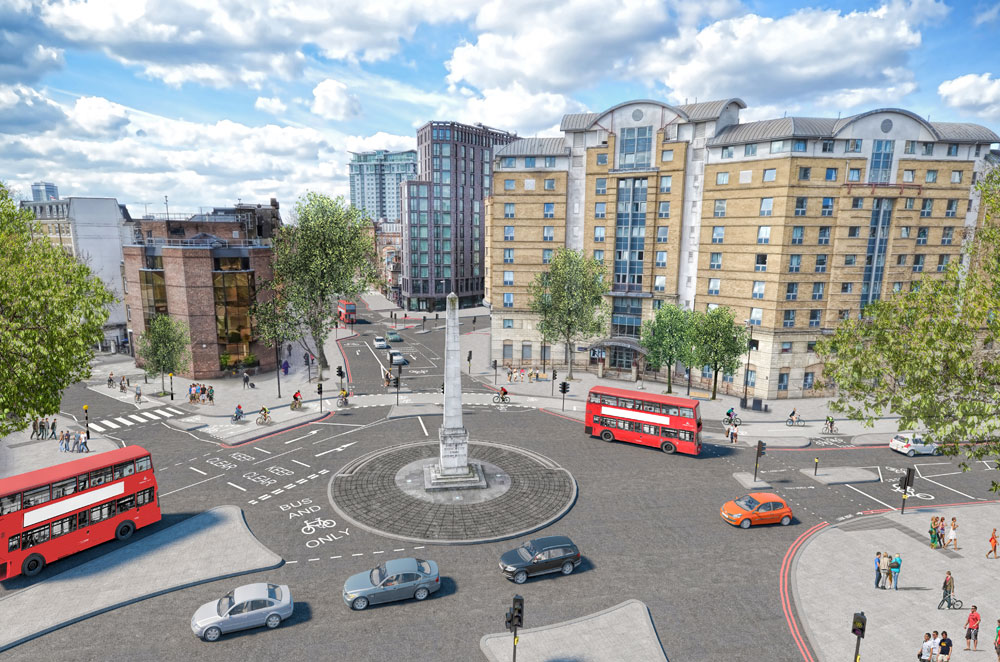