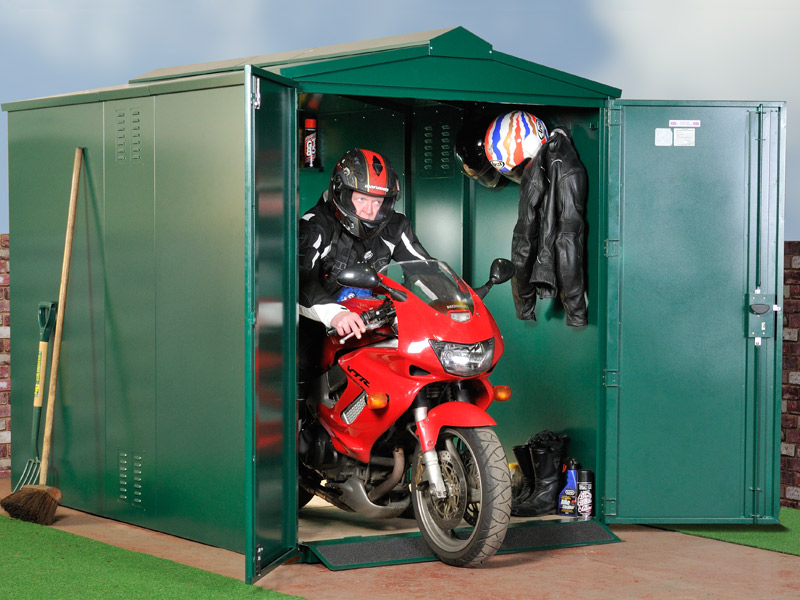 Asgard has been in the press again. Our popular Motorcycle Garage has been reviewed by Classic Motorcycle Magazine. They guys from the Magazine toughed it out and braved the cold to build the Motorcycle Garage and test it, after they had removed the frost of course. “First off, I’d had a concrete base put down by a local builder, to the dimensions supplied by Asgard’s Andy Heath. It took the best part of a day for the base to be in situ. But it did mean I had a flat solid base on which to build- always a good start. We managed to lay the sheds metal base flat on the concrete and begin some form of assembly”.

What did they think?

“What did we learn? Well, the shed went together easier than expected really, requiring minimal tools…..but its definitely a two man job as the panels – in particular the roof – would be dangerous to manoeuvre on one’s own.”