What type of spider are you likely to find in your shed?

Spider season is here. Autumn brings spiders to the walls of your homes, sheds, and garages.

If you own an Asgard shed you won’t find any spiders inside. Asgard sheds are spider-proof. However, if you own a wooden, plastic or another brand of a metal shed, you’re likely to find the following species of spider lurking around in the dark corners. 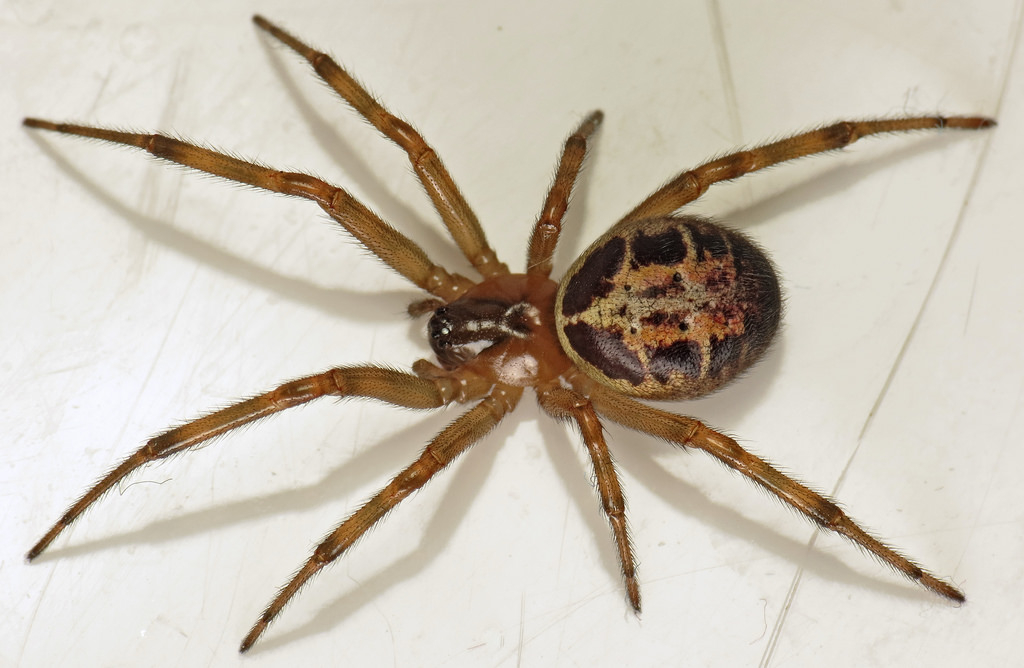 This isn’t one of the biggest spiders that you’ll find climbing the walls of your shed, but they are the most venomous. The female variety of false widows are known to have bitten humans. However, they’re not commonly knowns as being aggressive and attacks are rare.

These spiders have a glossy brown bulbous body, which is 10mm long. Their leg span can go up to 35mm and they’re a dark orange and brownish colour, which is different to the shiny black spider known as the True Widow. On the body of the False Widow, there’s a cream pattern that looks remarkably like a skull design.

False Widows like to like quiet and secluded environments where they can escape the rest of the creepy crawly world. These areas include the dark corners of outbuildings and garden sheds. Being true to their creepy crawly, scary reputation, these spiders only come out at night. 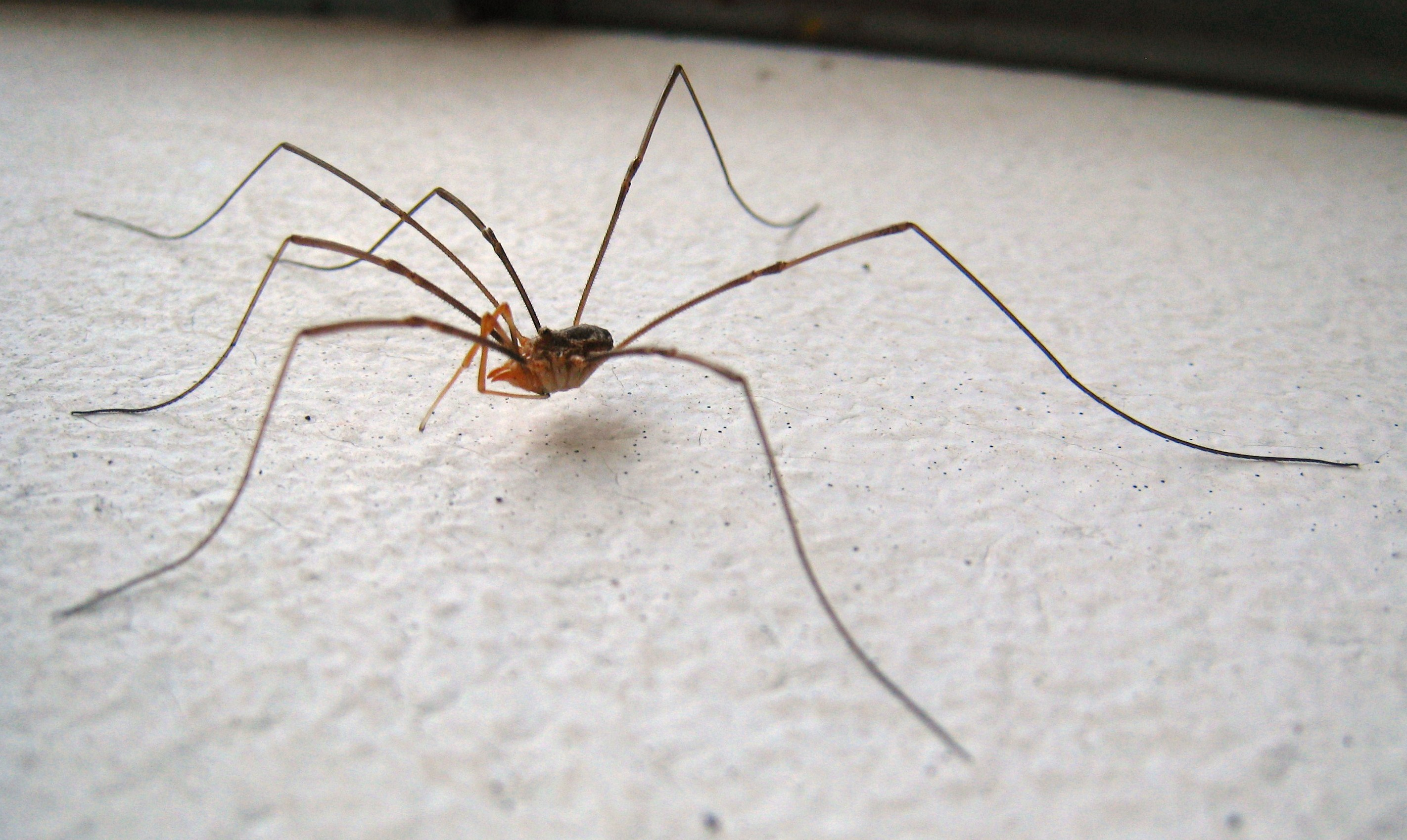 The Daddy Long Legs can reach up to 45mm in size, but despite their size, they’re not harmful at all. However, they can vary in size a great deal. They’re still not dangerous though.

These creepy crawlies have small grey bodies, with very long thin legs attached to them.

An urban myth exists that says the Daddy Long Legs has a highly potent venom, but their fangs just aren’t strong enough to pierce a human’s skin. Research shows that the Daddy Long Legs can bite. However, the venom from this spider would only give its victim a mild burning sensation; if anything at all. 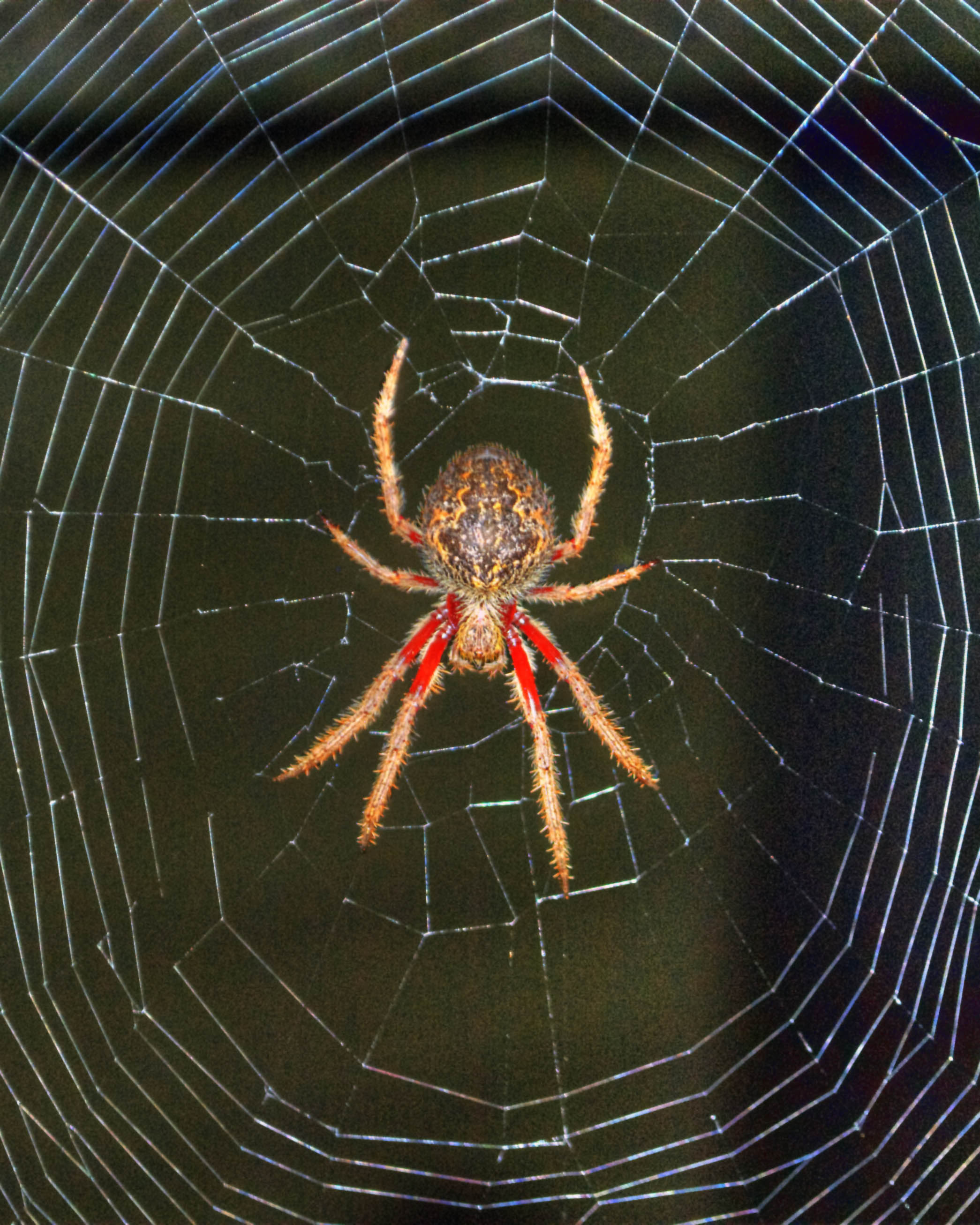 The Missing Sector Orb Web Spider, also known as Zygiella X-Notata gets its name from the web that it spins. When this spider spins its web an orb web it has one full sector missing.

This spider can reach sizes of 15mm, meaning this arachnid is one of the smallest spiders that will climb the walls of your shed, and spin a web in every corner. It’s also one of the most common spiders in the UK, but don’t worry, they’re not harmful.

Usually found indoors, this spider will seek out a warm corner of your shed during the autumn and winter months.

The Missing Sector Orb Web Spider has a pale body, with silver coloured legs, along with markings on its abdomen. 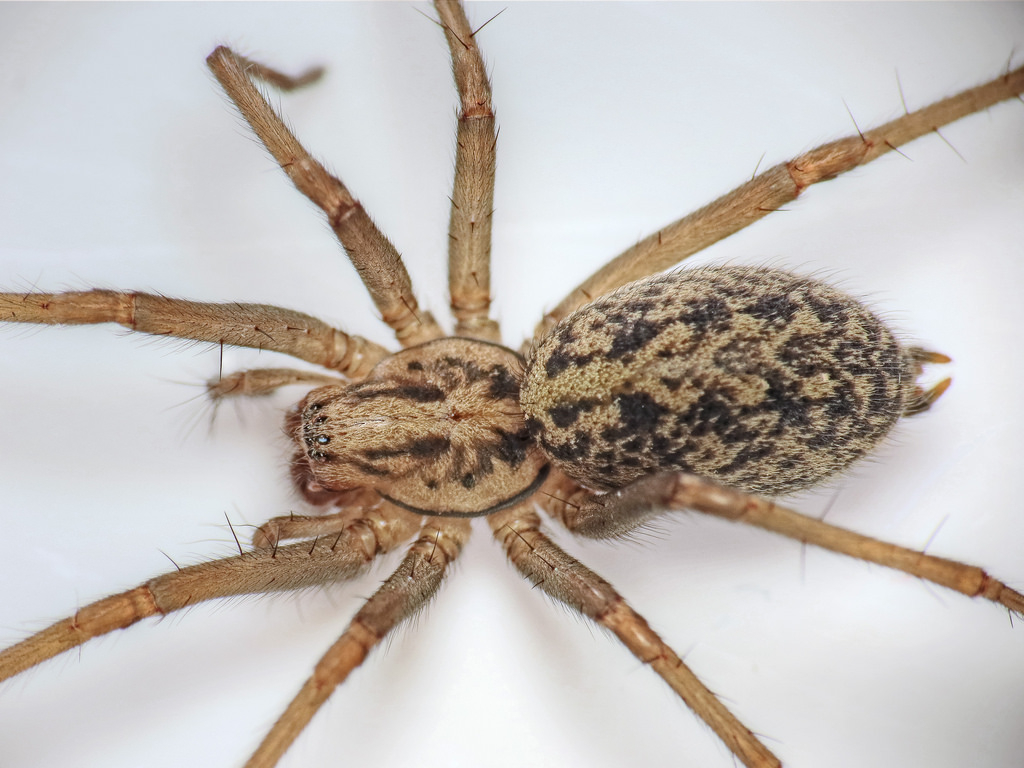 The Giant House Spider is quite obviously a giant in comparison to many of the other common spider throughout the UK. Measuring a whopping 120mm, this creepy critter comes out to play in the autumn months, when the males leave their webs in search of female partners.

The Giant House Spider creates sheet-like webs that are often found in sheds, garages, attics and cavity walls, all of which are places they’re able to get some peace and quiet, away from the hustle and bustle of human life.

Even though Giant House Spiders have a highly-potent venom, they are not at all harmful to humans. In fact, they’re not known for being very aggressive at all. 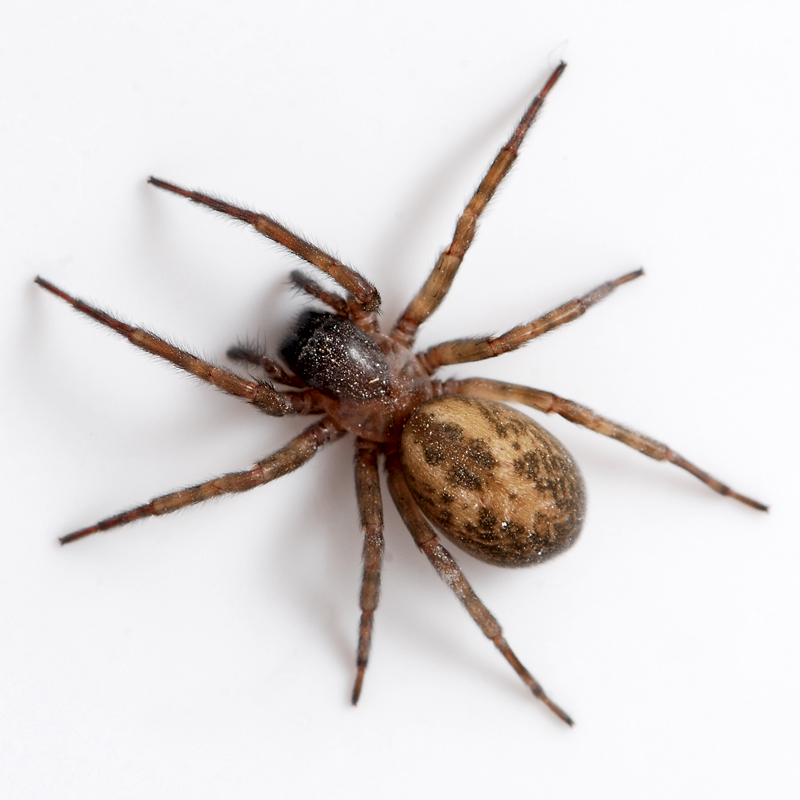 The Lace Web Spider can reach a size of 20mm and usually hang around on garden fences, walls during the autumn months. They also take cover inside sheds, when they run off to hide somewhere, away from rainfall.

What distinguishes these spiders from their creepy counterparts is brown and yellow marking on their abdomen.

Be warned! These spiders have been known to bite people, and there have been recordings of such instances in recent years. Bites are reported to be painful and the result of a Lace Web Spider bites means you’ll experience some swelling up to twelve hours after the attack. 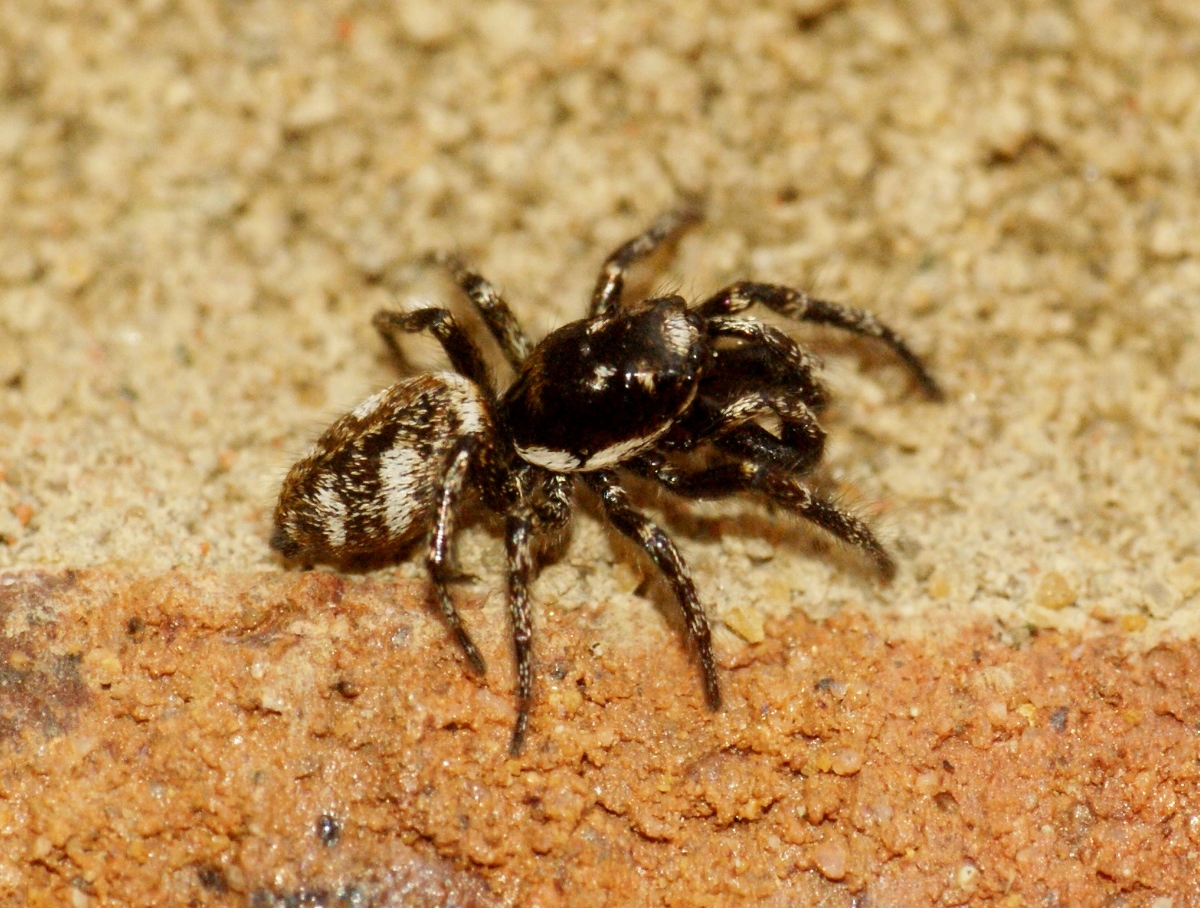 These eight-legged creeps are small. They reach a size of just 8mm and are distinguished by their white and black markings. Another distinctive feature of these spiders is the way they move. They walk in a strange sop, start motion.

Usually found during the autumn these spiders can be found creeping up walls, as well as inside of sheds and outdoor building that they can find their way into.

The Zebra Jumping Spider is the wimp of the group (of spiders). They’re more likely to run away from human contact and are not considered to be threatening, due to the lack of potency of their venom. 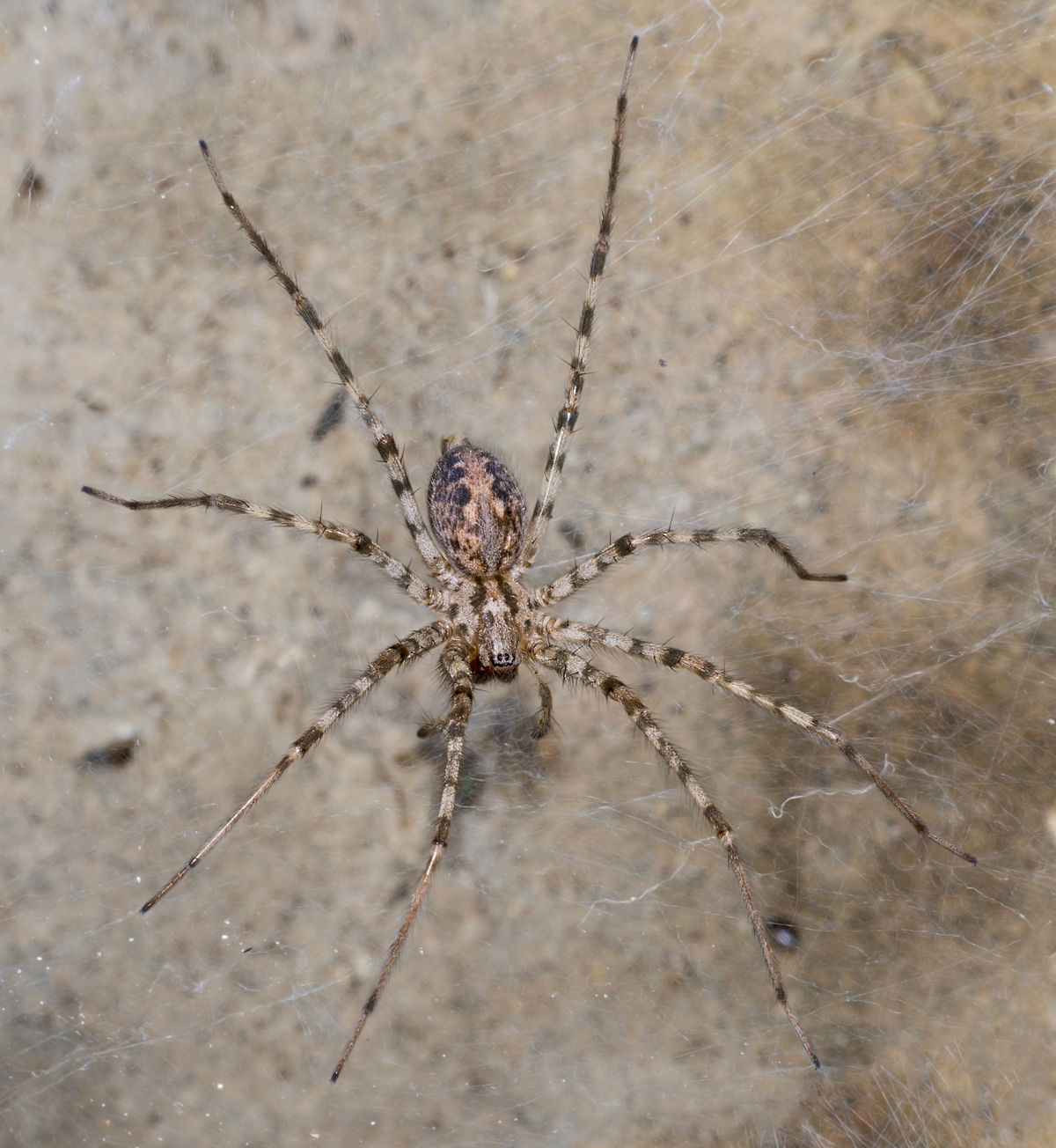 At 14cm long, the Cardinal Spider is the UK’s largest spider! It bites but doesn’t cause its victims any pain. They look aggressive but their bite doesn’t have much effect.

The Cardinal Spider gets its name from Cardinal Thomas Woolsey. As legend has it, the Cardinal was terrified of this species, when he came across one at Hampton Court, during the 16th century.

Harmless to humans, these spiders sometimes get a bad name due to their colossal size in comparison to the other spiders you might see across the British Isles. They possess incredible speed and generally only come out at night.

You might see some of the arachnids previously mentioned around the garden and on the inside of wooden sheds, which are often easily penetrated by creepy crawlies. However, you won’t find them inside an Asgard ‘Spider Proof’ shed. That’s right! Asgard sheds are spider proof. If you don’t believe us we have proof in the video below.